About us, about me, about time

I started off sleepy but didn’t know it. and then it happened … and I am so glad.

The Light came through

I was born to travel. Really. My family moved to France when I was a baby. I’m still traveling. There is so much to see and to enjoy in this beautiful world. At the same time, one cannot overlook the struggle and suffering witnessed along the way. I’m a practical mystic. 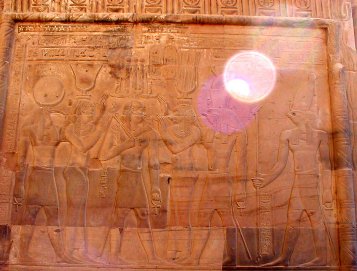 I wanted to be a doctor, but not in the mainstream direction. Early spiritual experiences turned my head around. When I got into the holistic health field, my hypnosis practice was mostly centered on past life regressions — which I’ve professionally done since the early 1980s. A deeper study of hypnotherapy has led me into many interesting areas.

I’ve been conducting past life regressions since 1978 and have performed as a stage hypnotist since ’91. This latter interest was very interesting, and my intent was to demonstrate how society lulls us into slumbers to varying degrees – and how to wake up to see the truth(s) beyond the superficial layers. However, the spiritual community was not exactly open to the stage performance concept, for there were preconceptions about stage hypnotists, while the conservative elements kept away from evil hypnosis. Period. Swimming against the stream is not new to me, but it does get trying at times. History shows us that this is not new. This flows into my general observation that the majority of the world is asleep the majority of the time.

In the meantime, I discovered the stars, and the divine cycles of meaning. This interest led me into studying astrology and eventually becoming a professional in that ancient field. Symbology and dream interpretation followed closely on the imaginative tales of the Tarot cards. I have studied the I-Ching, numerology, graphology and other ways to try to understand humans, and the deeper meanings of why we are here in the first place.

It’s been a long and fascinating journey.

I attended six universities before I graduated. I was looking for the ideal university, which I never found. My college studies led me eventually to degrees in philosophy and humanities (my graduate work concerned inter-cultural studies, utopian literature, and comparative religions); I also studied drama therapy and psychodrama, and I guess I will be the eternal student.

I moved to Virginia Beach, VA to study the Edgar Cayce readings. During my 10 years there, I gave talks at the A.R.E. (Association for Research and Enlightenment). I saw patients and taught courses at the Center for Integrative Medicine – a part of the George Washington University Medical Center, Washington DC (www.gwcim.com/). I trained with Dr. Michael Newton; I am the former International Director of The Michael Newton Institute for Life Between Lives Hypnotherapy. I am a member of the International Association of Counselors and Therapists (IACT).

Along the way I have been privileged to teach self awareness seminars and insightful programs and seminars. I am committed to creating experiential programs that playfully and profoundly move us towards ever greater awareness of our amazing personal capacities and talents. My aim is eutopia.

I encourage world citizens to take responsibility for enhancing lives, inter-personal relationships, and the myriad life forms upon this lovely planet. I’m trying to do my bit.

May we grow to be the best that we can be.

Presently I’m living in the USA and I am often in Europe and elsewhere. I am a teacher and a writer. … and of course an explorer! Have camera will travel – all photos on these pages by yours truly.

There is so much to perceive, to sense, to feel, to enjoy.

Time to Breathe. Honor the myriad forms of Life here on mother Earth. Bless the animals.

So yes, in a sometimes tense and troubled world, one can create a personally satisfying and thriving lifestyle.

I wish you also the very best.

Talks and Interviews. Take a Look

2020 and beyond … my videos: https://stephen-poplin.com/videos

May 2019 – Sunday lecture “Personal Tsunamies” a sermon by yours truly. Below is the web link for the talk – well received!

Here is a talk I gave in May 2016 in Virginia. I discuss Any Election Year from the personal point of view. – Mystic Votes

In North Carolina at the Namaste Center I offered some insights about these interesting times. This is titled the Astrology of Fate: Big Cycles, Little Cycles and Tricycles. On Youtube!

Good news! Gute Nachrichten!
My books have been published. “Inner Journeys, Cosmic Sojourns: Life transforming stories, adventures and messages from a spiritual hypnotherapist’s casebook” Volumes 1 & 2
Manuals for living disguised as books on reincarnation!
Take a look, and don’t forget to review and share.

A blog online with links on voting

The Spark, interview by Stephanie James: Hypnotherapy and Healing with Stephen Poplin – Here is the Audio Link

I was interviewed in May 2016 by OpEd writer Meryl Ann Butler. It is online to view: Politics and Predictions: a Post-Cartesian Perspective
Here is the article Link!

I was interviewed by the awesome Steve Bhaerman of Wiki Politiki. We cover many areas, from mass hypnosis to spiritual journeys to political trends in the USA. Here you go!

I was invited again to share my lessons about soul development and Edgar Cayce on Rick DiClemente’s “Astrology Unplugged” 2018. Here!

I am adding books and CDs, plus linking to several online interviews and videos at https://stephen-poplin.com/ or below!

Here are some links to some mind-expanding, thoughtful and innovative people, groups and associations. We are not alone. Nor should we be.

If you wish to meet with me when I am near you, take a look at my travel schedule: www.transpersonal.us/globe

We are stardust, we are golden, … and we’ve got to get ourselves back to the Garden.

Here on a Mission doin’ the best that I can

Check it out. About George Bush and Mass Hypnosis. Smoke & Mirrors